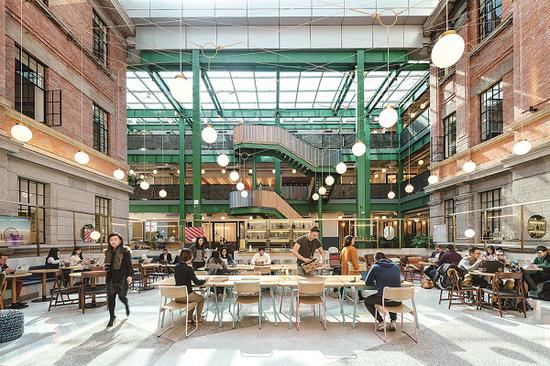 The funding will be used to accelerate the company’s expansion in China, by reaching into more cities and bringing more of WeWork’s global business lines into the country. The company said its growth rate in China over the past two years is not replicated anywhere else in the world.

“This investment will help WeWork to fuel our mission to support creators, small businesses and large companies across China,” said WeWork’s co-founder and CEO Adam Neumann.

This is the second time that SoftBank and Hony Capital have invested in WeWork China, after its founding and $500 million series A funding in July 2017. With the latest round of financing, WeWork China’s market value is estimated to rise fourfold to $5 billion.

Feng Ge, managing partner of Trustbridge Partners, said WeWork is “paving the way for a new future of work in China”. Over time, the company has also supported the country’s transformation from Made in China to Created in China, he said.

In April this year, WeWork acquired local coworking brand naked Hub with $400 million, according to media reports. So far, the cooperation has been running successfully, with naked Hub still operating as an independent brand, but eventually, the two will merge into one brand, according to a source close to the deal.

Following the opening of its first location in China two years ago, WeWork now has more than 20,000 members using its services at 40 locations in three cities across the country. Its membership is expected to reach 80,000 by the end of this year.

At present, about 30 percent of WeWork China’s clients are large corporations, including industry big names such as Tencent, Alibaba-affiliated e-ticketing company Damai.cn and electric car startup NIO. WeWork is scheduled to enter Chengdu, Shenzhen and Hangzhou in the next three months.

Preparing for the future of work in Hamilton