How co-working spaces are changing realty

In the heart of Delhi’s Connaught Place, a narrow staircase that you could miss among the many bright storefronts leads up to a well-lit, airy space where people are working at computers, gathered around tables or hanging out. It’s not one office; the co-working space that Innov8 has space for about 120 people and serves as the office for about a dozen media, digital marketing, logistics and tech startups.

Chief marketing officer of Innov8 Russell Longjam says they enter revenue-sharing agreements with landlords, which gives them the advantage of prime real estate — like the heritage building in Delhi — while running on an asset-light model. “It’s a cut-throat market out there. Aspects like processes, location and design will determine winners,” he says. Innov8 raised $4 million in pre-Series A funding from Credence Family Office last month, and counts Paytm’s Vijay Shekhar Sharma, Freshworks’Girish Mathrubootham and Google’s Rajan Anandan among its investors.

The growing entrepreneurial ecosystem in India has had a domino effect on a number of sectors — and the conventional real estate space is also reaping the benefits of the startup boom. Within five years, the concept of co-working spaces has not only caught on but has grown to include more than 200 players. Research from Knight Frank estimates that co-working operators accounted for 1.27 million sqft of leasing in first half of 2018, a 199% increase over the first half of 2017. Co-working operators leased 8.1 million sqft of office space till April across eight major cities, driven by rising demand for flexible workspaces, particularly from startups. With so many players in the field and investment flowing in, consolidation is the logical next step, say co-working space operators.

“The spaces leased by co-working firms in India in tier 1 and tier 2 cities could reach to 6-10 million sqft by 2020. Consolidation is bound to happen in such a rapidly growing market,” said Karan Virwani, CWeO, WeWork India. Globally, WeWork raised an additional $3 billion from existing investor SoftBank earlier this month, taking the group’s valuation to $45 billion. In India, it has 18,000 desks and 12,000 members, comprising large enterprises, startups and freelancers. 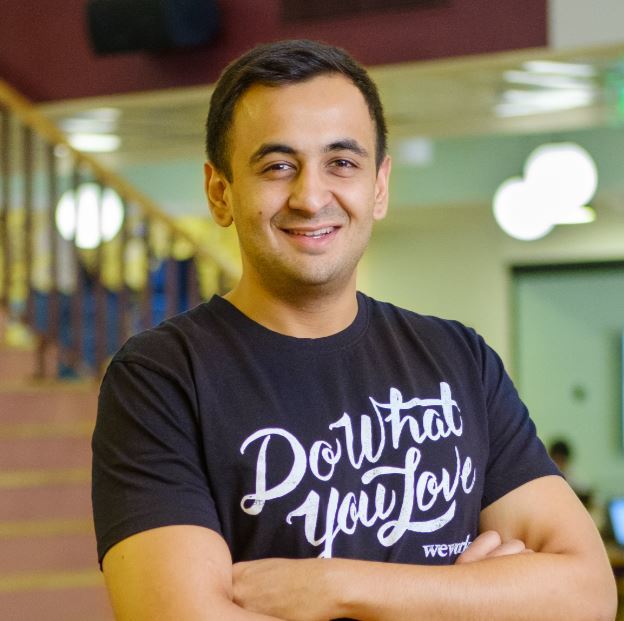 One Co.Work founder and CEO Himanshu Bindal said the sector is moving towards saturation. “We’re expecting an increase in merger and acquisition activities throughout the sector,” said Bindal. Launched in 2015 in Bengaluru, One Co.Work recently acquired a Mumbai-based co-working space IShare Space to support its expansion. It has 1,500 seats in five centres, and plans to take this up to 20.

Gurugram-based GoWork, whose centres house companies such as Zomato and Paytm, believes the sector will grow aggressively for next 15 years. “A combination of investment raised and nature of the spaces will decide the winners,” said co-founder Sudeep Singh, adding that GoWork too has been on the lookout for suitable players as part of its acquisition strategy.

Harinder Rattha, founder of Chennai-based co-working space Workafella, counts quality of customer service and margins as key metrics needed to thrive in the industry. “The market is quite a difficult one for the smaller players without any distinct differentiation in their offering,” said Rattha. Workafella , with centres in Chennai, Bengaluru, Hyderabad, Pune and Mumbai, is looking to expand internationally, and the bootstrapped venture has no intention of raising external funds till it grows to have 15,000 seats, up from current tally of 6,500 seats. 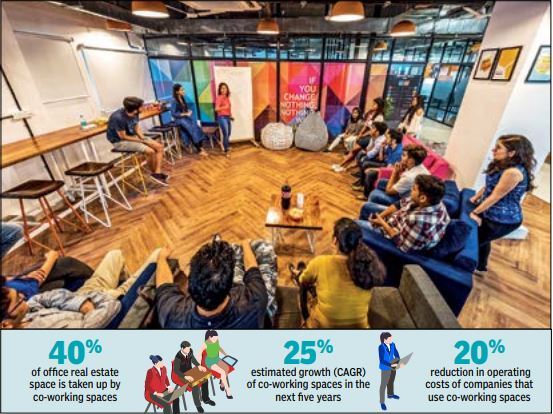 Data from research firm Venture Intelligence shows that over $68 million has been raised by co-working spaces in the past three years with the sector recording two major acquisitions —IShare Space by One Co.Work and Daftar India by AltF CoWorking. Despite these trends, concerns do remain about how well a consolidation strategy will work, given the sector’s focus on culture and design.

Co-working spaces sell themselves based on their design that facilitates privacy yet allows employees from different startups to socialise in common areas such as cafés and gyms. Some even have ‘nap niches’ and jacuzzis, and most host startup events. Startups with just two or three employees still manage to give their staff the feeling of working in a larger office, and these events and shared areas serve as a way to build such a culture.

Rattha said M&As are tricky since the alignment of style and design is important to make partnerships work in the co-working industry.

Varun Chawla, co-founder of Goa-headquartered 91Springboard, said many players have approached them for mergers, but they decided to turn them down as their visions did not match. “We truly believe that our culture is different and unless there is a unique proposition, we wouldn’t want to risk dilution of that culture through mergers,” said Chawla. 91Springboard has 21 centres across nine cities. 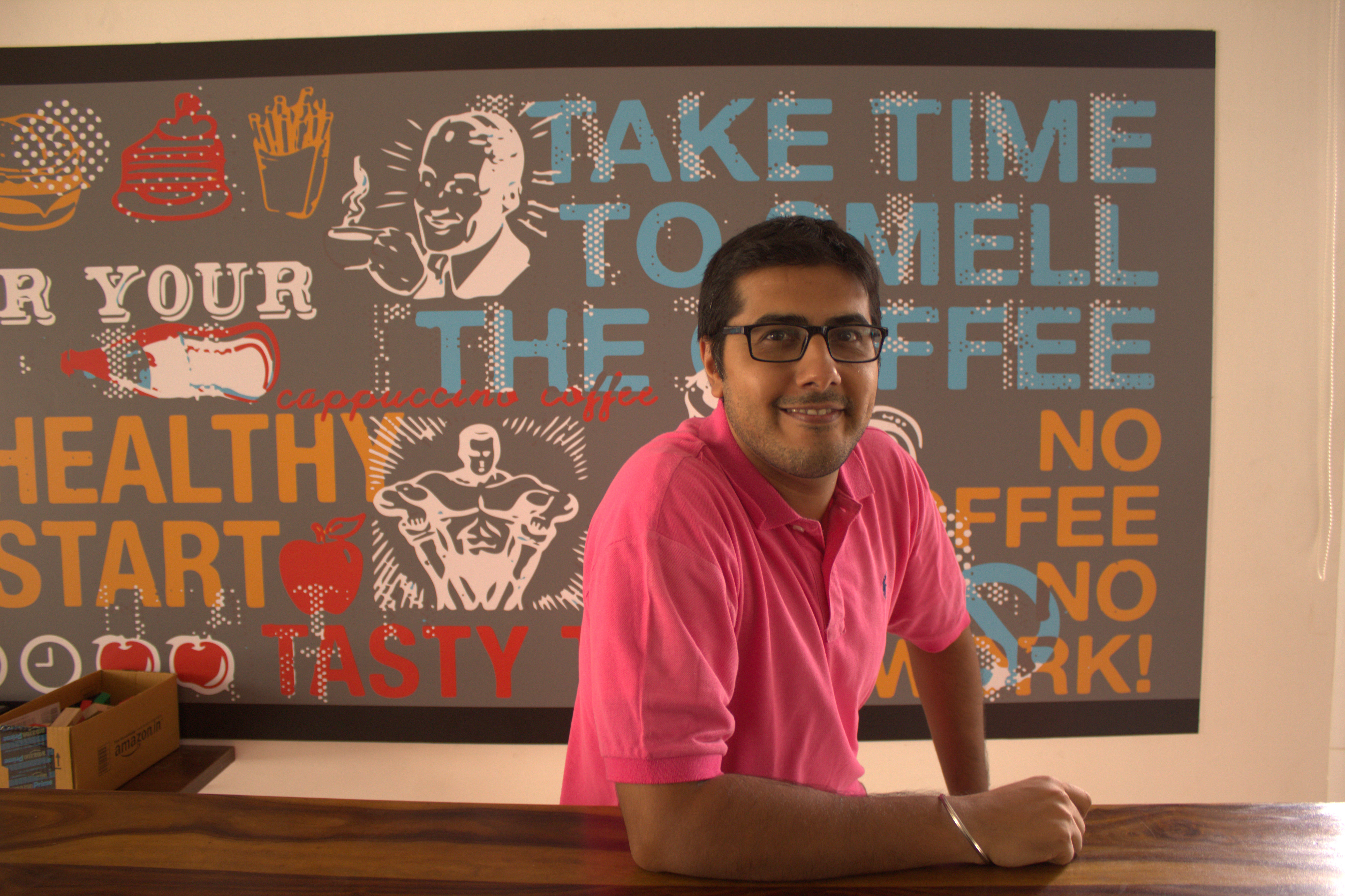 Co.Work’s Bindal says, “Client retention and satisfaction should be the main goals, and not just merely filling the seats.” WeWork India’s Virwani said spaces must help improve recruitment and productivity for their clients. 91Springboard, which organises over 13,000 events a year at their hubs, considers it their key differentiator.

Abdul Rahman Farooqui, founder of Chennai’s Artisan Labs, a niche 30-seat player that launched to capitalise on the boom, believes creating signature spaces with great community experiences at attractive price points matters. “The [industry] demand is currently being matched with supply, and the competition keeps us on our toes,” he said.

Arvind Nandan, executive director of research at Knight Frank says aggressive expansion will precede massive consolidation action in the sector. “As is the case with any other sector, the larger and operationally sound players have opportunities for acquiring centres which have the capabilities for turnaround.”