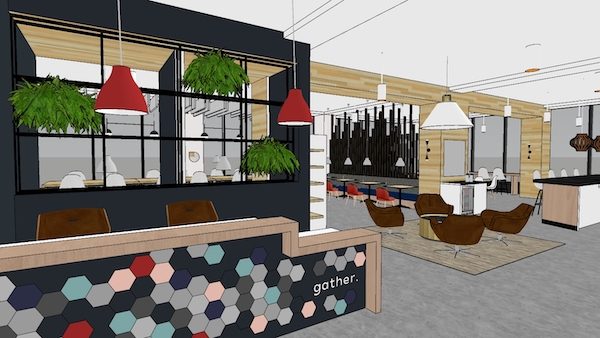 A rendering of Gather’s upcoming Norfolk location. (Courtesy of Gather)

A local coworking brand is branching out for the first time into Hampton Roads – and it’s landed a prominent Richmond-based real estate firm as its landlord.

Gather has signed a lease for a new outpost in downtown Norfolk, where it will occupy space in the BB&T building at 500 E. Main St., which is owned by local businessman Bill Goodwin’s Riverstone Properties.

At 30,000 square feet, the Norfolk location will be the largest of Gather’s soon-to-be four locations. Its original Richmond space opened in 2014 at 409 E. Main St. and is being relocated to 309-315 E. Broad St. The company also has spots in West Broad Village in Short Pump and in Scott’s Addition. 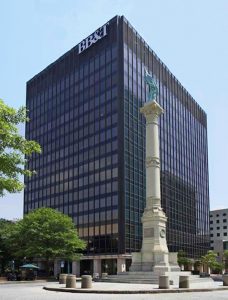 Gather is leasing 30,000 square feet in a building in downtown Norfolk owned by Riverstone Properties. (Courtesy of Cushman & Wakefield | Thalhimer)

Managing partner James Crenshaw said Gather Norfolk will be on the building’s 15th and 16th floors.

“We focused on Richmond at first and wanted to expand outside of the region,” Crenshaw said. “Norfolk made a lot of sense because there’s pent-up demand there for the type of coworking we offer.”

When it opens in Norfolk in the spring, Gather’s competitors there will include brands such as Percolator, Cure And Co., 757 Creative Space and 1701VB in Virginia Beach.

Just as it has expanded around the Richmond region, Crenshaw said Gather will look to do the same in Hampton Roads, with its eye on Virginia Beach and Newport News. Part of its business model is to give Gather members 24/7 access to all its locations, where memberships start at $250 a month.

“They’re on our radar,” he said of those other cities. “One thing we’re trying to do is go into a market and have a cluster of Gathers like we do in Richmond, so you have the benefit of having more than one space.”

He added that Gather also is interested in expanding in Richmond and beyond.

“We’re not saying we need to go to this specific market because that’s the closest drive. We’re going to go where there’s market demand and it has the same value of clustering.” 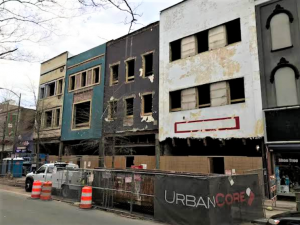 Work continues along East Broad Street on a cluster of four buildings owned by Duke Dodson where Gather is moving its downtown location. (Mike Platania)

As Gather grows outside of Richmond, its hometown has started to draw attention from national coworking players.

Novel Coworking, formerly Level Office, opened in the fall in Shockoe Slip, while Florida-based Venture X is preparing to open a location in Scott’s Addition.