The Riveter, a coworking company focused on women, is opening in Denver later this year. (Courtesy Amy Galbraith)

Another company catering to women is looking to flex its biceps in Denver’s booming coworking scene.

Seattle-based The Riveter announced Tuesday that it plans to be open in Denver by mid-2019, although spokeswoman Amy Kugler said the company has not signed a Denver lease yet.

Founded by Amy Nelson, the coworking startup opened its first women-centric coworking space in 2017 in a Seattle neighborhood. Since then, it has opened two more Seattle locations, two in Los Angeles and one in Austin, Texas. 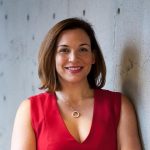 Denver is just one city The Riveter is targeting; it also expects to open this year in Dallas, Minneapolis, Atlanta and Portland, Oregon, according to a news release.

Stapleton coworking space Women in Kind already caters to women, and Rise Collaborative will do the same when it opens along Colorado Boulevard later this year.

The Riveter sais it has approximately 2,000 members. Amenities include the typical conference room availability, internet and access to events, but also include mothers’ rooms and discounts on child care.

The startup has raised $20.5 million in funding, according to Crunchbase.

WORKING ON THE BEACH IN KOH PHANGAN | DIGITAL NOMAD VLOG 14

Why the Shared Economy Is Disrupting the Property Sector

Future Of Work: 5 Ways Technology Is Reshaping Work And The Workplace

The future of work is now. Already, we're seeing how technology is revolutionizing the way people work and companies operate. This is driving ... Source...

Talent dynamics are changing. As baby boomers retire, millennials move up the ranks, and Gen Z enters the workplace, companies have to become ... Source...

Over the last few years, a lot has been written about “The Future of Work.” Everyone from McKinsey to the World Economic Forum...

Build Self-Awareness with Help from Your Team

Future Of Work: 5 Ways Technology Is Reshaping Work And The Workplace

ABOUT US
With coworking as its nucleus, this website provides a steady stream of content related to the future of work. Topics include business, innovation, hr, cre, future of work, and other disrupting and innovating topics.
Contact us: info@coworkingconsulting.com
powered by CO.