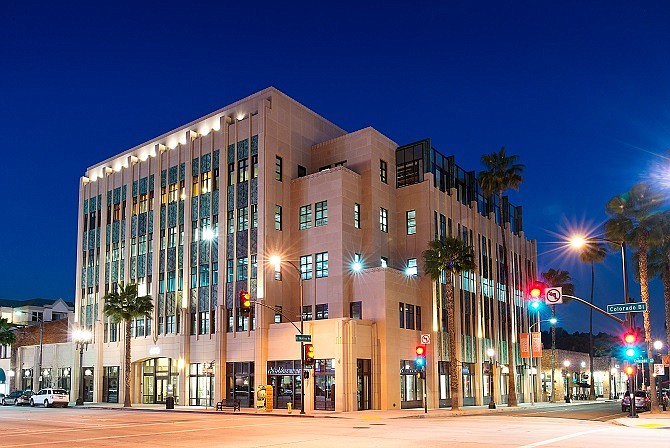 The leases are for the Playhouse Plaza office building at 680 E. Colorado Blvd.

Spaces signed a 130-month lease for 48,831 square feet spread across the ground floor and second level. Terms of the transaction were not disclosed.

The average asking rent for Class A buildings in Pasadena was $3.30 a square foot during the fourth quarter, according to data from Jones Lang LaSalle Inc., which puts the lease value at roughly $21 million. CBRE’s Matt Heyn represented Spaces in the transaction.

Spaces is owned by IWG. An opening date for the Pasadena location was not immediately clear.

Spaces has been growing in L.A. It was announced Jan. 29 that the coworking company had signed a nearly 70,000-square-foot lease for the Water Garden in Santa Monica.

Compass added 22,242 square feet to its lease at the Playhouse Plaza, taking down the entire fourth floor. Savills Studley’s David Gordon represented Compass in the lease.

For reprint and licensing requests for this article, CLICK HERE.