The future of co-working spaces may not be in hip open-concept lofts.

Co-working — in which entrepreneurs and freelancers rent out desks at a shared workspace — is growing rapidly, and big companies are looking to get in on the action as a way to monetize empty space.

Last month, Staples Canada opened Staples Studio at its University Avenue location in downtown Toronto. The venture is described by the company as a combination of co-working space, retail, and services.

“Why did we go into co-working? Quite frankly, our customers were telling us the way they work is changing,” said Staples Canada CEO David Boone.

With competitors like Amazon and Walmart cutting into Staples’ retail business, and with its online sales growing faster than in-store purchases, Boone said re-purposing extra space in stores is key.

“Clearly, the retail industry is going through a lot of change,” he said. “And those retailers that adapt are going to win.”

According to the Global Coworking Unconference Conference, a company which produces conferences on co-working, there were around 14,000 co-working spaces around the world in 2017.

Inside Staples Studio on University Avenue in Toronto, where retail and co-working merge. (John Sandeman/CBC)

In Toronto, a variety of spots have popped up to fill the need, including a parent-friendly co-working space, a space just for female entrepeneurs, and a business that connects freelancers to empty restaurants where they can sit and work.

As of this past December, even the federal government is considering getting in on the action.

Staples Studio coming to a city near you

Toronto startup Healthy Pets, a telemedicine company that connects pet owners and vets, relocated its team to Staples Studio after a strenuous search for the right space.

“It was actually a very difficult process because a lot of co-working spaces in the city are either full or very expensive,” the company’s lead software engineer Dennis Turko said. 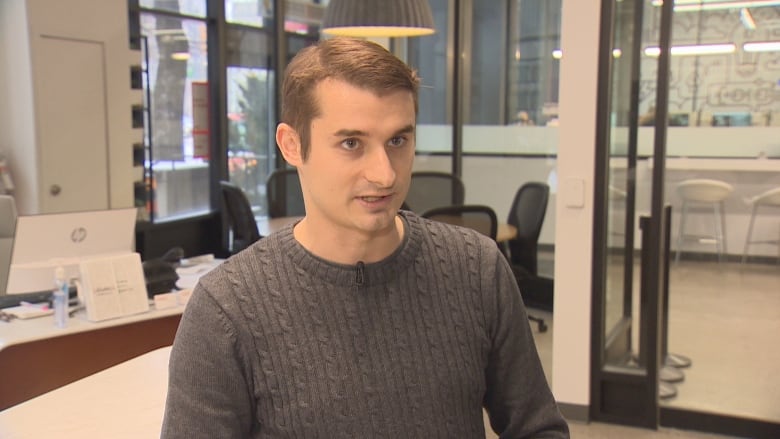 Turko said being at Staples Studio saves his company time because the office was ready to go when they moved in.

In that sense, having an office with a Staples store so close at hand has been convenient, he said — the team never wants for office supplies.

That’s what Boone means when he says Staples Studio offers a “complete experience” that’s unlike other co-working spaces.

Boone says he plans to take the co-working model to other cities later this year.

U of T space now for rent

The push towards co-working is happening in universities as well.

In 2017, The University of Toronto launched ONRamp, a 15,000 square foot office space that’s sponsored by RBC and is free to student entrepreneurs and recent alumni. 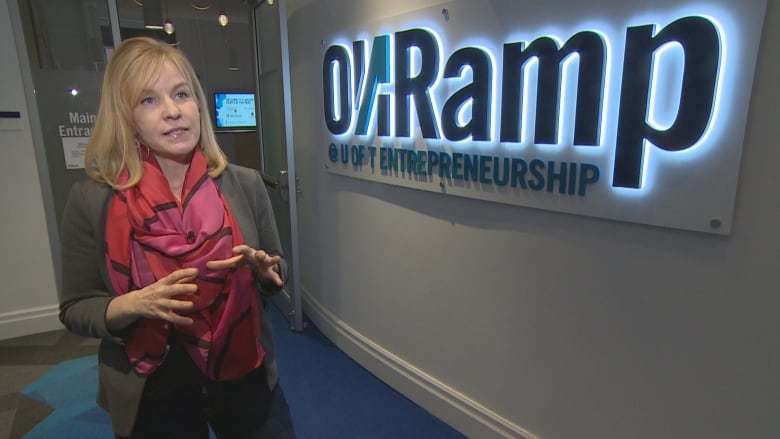 Keri Damen is the managing director of U of T Entrepreneurship. About 600 people use ONRamp. (Chris Langenzarde/CBC)

“We wanted to create a central space where all these entrepreneurs from engineering or medicine or business or Scarborough or Mississauga, they could come together to share and work together in a space,” Damen said.

Qdesq Is Taking The Flexible Workplace Segment By Storm

People Trends 2019: The Future of Work

Densil Williams | The future of work

WeWork is finally coming to the Nordics